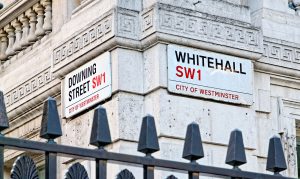 Findings from Next Steps have been used to inform the Government’s strategy on getting young people into education, employment or training.

More than one million 16-24 year olds are not in education, employment or training (NEET). The struggling economy is often cited as the reason why many young people are out of work, but findings from Next Steps have shown that there are other factors that influence whether or not a person spends NEET.

Findings from Next Steps have shown that educational attainment at age 16 is one of the most important factors in determining a person’s future path. Forty-five per cent of those with no GCSEs had spent more than a year NEET by the time they turned 18, compared to just 4 per cent of those with five or more GCSEs at A*-C.

Building Engagement, Building Futures lays out the Government’s plans to tackle the causes of youth unemployment. “Raising educational attainment in school and beyond to ensure that young people have the skills they need to compete in the global economy” is listed as a top priority.

Click here to read Building Engagement, Building Futures: Our Strategy to Maximise the Participation of 16-24 Year Olds in Education, Training and Work on the government website