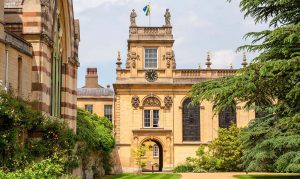 Educational attainment in primary school, social background and aspirations can influence whether or not a young person decides to apply to university.

Researchers from the UCL Institute of Education found that 76 per cent of Next Steps study members who had done well in school exams at age 11 had applied for a university place by age 20. However, this dropped to 66 per cent for able children of less advantaged parents, compared to 85 per cent from more affluent homes.

Policymakers, educationalists and charities are striving to increase the number of less advantaged teenagers who enter higher education.

However, the researchers suggest that more still needs to be done for young people from less advantaged homes. “These young people’s hopes of applying to university are already much lower than their wealthier peers at age 14, and that gap only continues to widen throughout their teenage years,” they explained.

Educational attainment in primary school appeared to have more of an impact on teenagers’ university aspirations than family background. Pupils who were in the top 40 per cent at age 11 were much more likely than their peers to expect to go to university after completing school. Most of the teenagers had high expectations at age 14, with over two thirds saying they were likely to apply to university. About half had actually done so by age 17.

Girls had higher aspirations throughout adolescence, and were more likely to have applied to university by the time they left school. White teenagers in this study were the least likely to expect to go on to higher education, and less than half had applied by age 17. Black African and Indian young people were the most likely to aspire – and apply – to university.