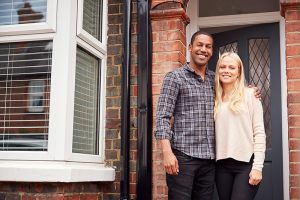 What we asked you and your parents

When you were 25, we asked you whether you owned your home, rented, or lived with your parents. You also told us about any student loans you’d taken out.

Over the years, your parents provided a wide range of information in earlier surveys, including family background, income and whether they owned the family home.

Graduate borrowers were about as likely to own their home as non-graduates, despite having higher salaries on average and being more likely to have a partner. The study authors concluded that student loan debt might be a barrier to homeownership, as it tended to reduce take-home pay, affecting people’s capacity to save up for a deposit and repay a mortgage.

This study shows how student loan debt influences a person’s chances of becoming a homeowner. It’s important that policymakers think about how housing and higher education funding interact, to help ensure that people with student loan debt can afford to rent or buy their own homes. Otherwise, people from less well-off backgrounds could be discouraged from getting a university degree, if it means they might struggle to afford housing in future.

This research looks at the experiences of adults up to age 25 while the average age of first-time buyers in England is 33 years old. Your contribution in future surveys will help researchers find out more about renting and home ownership in your generation.