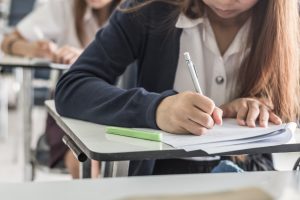 Girls who take ‘applied’ subjects, such as health and social care or home economics, at GCSE may be more limited in their higher education prospects, a new study has found using data from Next Steps.

The researchers, from the Centre for Longitudinal Studies at the UCL Institute of Education found those of you who took applied GCSEs were less likely to stay on at A-level and to take ‘facilitating’ A-levels such as the sciences and maths, that are favoured by prestigious universities.

Vocational subjects appeared to put boys and more noticeably girls at a disadvantage. These findings suggest that girls could be held back if their schools encourage them to take these applied subjects. However, previous Next Steps research found that millennials who pursued vocational training rather than university reported being just as happy with their lives.

Vanessa Moulton, the lead author of the paper, said: “Applied subjects are particularly strongly gendered, with girls and boys taking completely different subjects. Essentially what you see is predominantly working class girls taking subjects such as health and social care, which do not necessarily enhance their future prospects. Boys are more likely to take subjects such as engineering or information and communication technology, which may be less limiting post-16.”

Jake Anders, the lead author on the study, said: “These results highlight that we should be sceptical of considering young people’s subjects of study purely in terms of ‘choice.’ They are, at most, constrained choices, potentially both for individuals and for schools.”

Some schools with less advantaged intakes may be more likely to offer their pupils more applied subjects. Alternatively, schools in poorer areas may struggle to recruit good teachers in more academic subjects, preventing pupils from taking certain combinations of GCSEs.