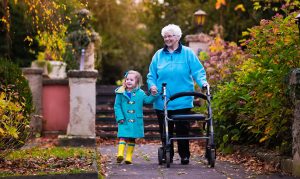 Author and journalist Helen Pearson tells the story of the UK birth cohort studies in her new book, The Life Project: The Extraordinary Story of Our Ordinary Lives.

The studies, which follow people born in a particular period throughout their lives, are tracking five generations of Britons, from the post-war baby boomers to the Millennials born at the turn of the century.

Over the course of 70 years, these studies have been a leading source of evidence on how our early lives continue to shape us as we grow up, and grow old.

“These studies are unique in science and unparalleled elsewhere in the world; no other country has anything like them on the same scale,” writes Pearson.

“This is the tale of these studies and the remarkable discoveries that have come from them. Touching almost every person in Britain today, they are one of our best-kept secrets.”

Pearson, a science journalist and Chief Features Editor for the international science journal Nature, focuses mainly on the contributions that the studies have made to the understanding of health and disease, many of which are now taken for granted.

Examples include the fact that smoking during pregnancy can have a lasting negative effect on children’s health, that breastfeeding has a whole host of benefits for child development, or that signs of cardiovascular disease appear long before a person falls ill.

But, as Pearson finds, the story of health cannot easily be separated from the wider story of inequality that the cohorts have mapped so well. For decades, the same message has come out loud and clear from nearly every academic discipline using the cohorts for their research: social origins still matter.

Being born into poverty or disadvantage can have lasting effects on health, education, employment and ageing. By tracking people from all walks of life, cohort studies have been able to identify the true scale of inequality within and across generations, and how far-reaching the effects of disadvantage can be.

“We have a very strong responsibility to give people who have no voice a voice through these findings,” Prof Alissa Goodman told the Sunday Times Magazine in their feature on the cohorts.

The UK is home to many longitudinal studies, which follow the same people over time. CLOSER is a consortium of eight of these studies, including four national birth cohorts, three regional studies based in Hertfordshire, Southampton and the Bristol region, and Understanding Society, the UK’s only longitudinal study of households.

In her book, Pearson provides a history of five studies, which are often referred to collectively as the UK birth cohorts:

The book describes the “heroic” efforts of the scientists who dedicate their working lives to keeping the studies alive. But the real heroes are, undoubtedly, the participants. More than 70,000 study participants and their families have taken part in these studies since they began, each person making a unique and irreplaceable contribution to the whole.

In 70 years, the studies have experienced their own ups and downs, and the scientific methods guiding them have advanced dramatically. However, the overriding message of the book rings clear – these studies are one of the nation’s greatest treasures and the envy of scientists and societies worldwide.

CLOSER aims to maximise the use, value and impact of the UK’s longitudinal studies. It is raising awareness of the wealth of data available, and in particular the possibilities that can be unleashed when researchers compare data from different studies. By providing resources for research and specialised training, CLOSER is helping to realise the collective potential of the studies to track social change across generations.

Helen Pearson is a science journalist and Chief Features Editor for the international science journal Nature. She has written extensively on findings from the birth cohort studies. Her book, The Life Project: The Extraordinary Story of Our Ordinary Lives, will be published by Penguin on 25 February.

The book was independently authored and published, however several representatives from cohort study teams, including CNC, gave interviews to Pearson as part of her research.